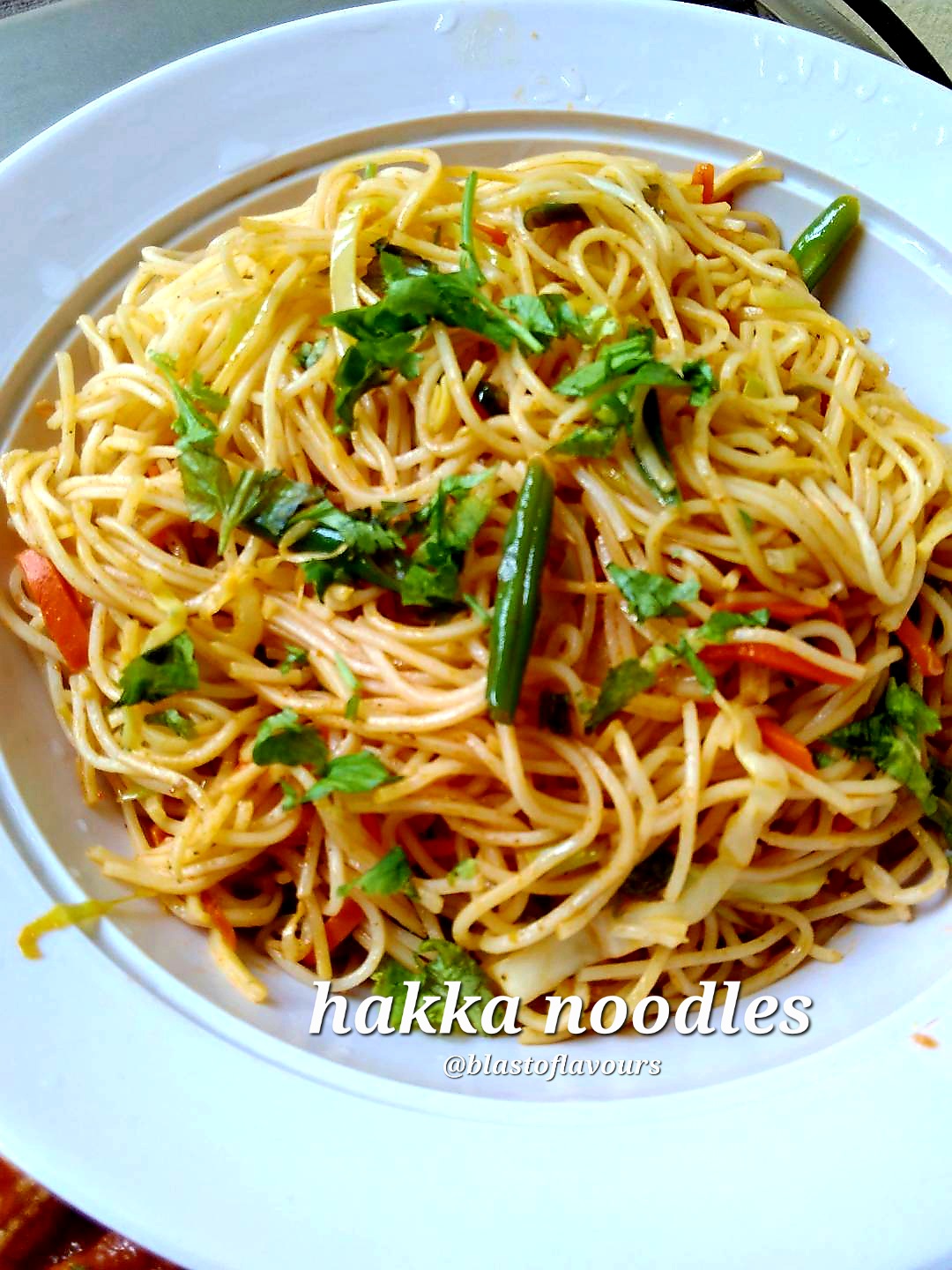 In the year 1778, the China-man Yang Tai Chow visited India and settled in Kolkata (then Calcutta) for more flourishing material gains. India started a taste of having Chinese food since then. As all immigrant communities tend to do, the Chinese assimilated Indian sensibilities and beliefs. And so it was with food that the Sino-Indian cultural fusion began.

About 85 years ago, the Indian culinary world was affected by a new cuisine, and we got our own Indianized Chinese Foods almost a staple for every food-craving Indian.

This Indian Chinese cuisine (also known as Indo-Chinese cuisine or “Hakka Chinese”) is the adaptation of Chinese seasoning and cooking techniques to Indian tastes through a larger offering of vegetarian dishes. 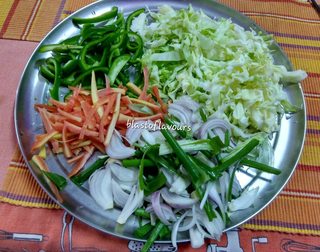 Method:
1- Boil enough water in a deep vessel to boil the noodle. Add salt and a small amount of cooking oil to the water. Put the noodles. Remember, if you’re using the raw noodles (the hard, dried ones) the boiling will take a longer time while boiling the per boiled noodles will take at least 60% less. So, check the boiling from time to time. Strain the noodles after cooking and cool them to avoid stickiness (add a little amount of oil while cooling them). 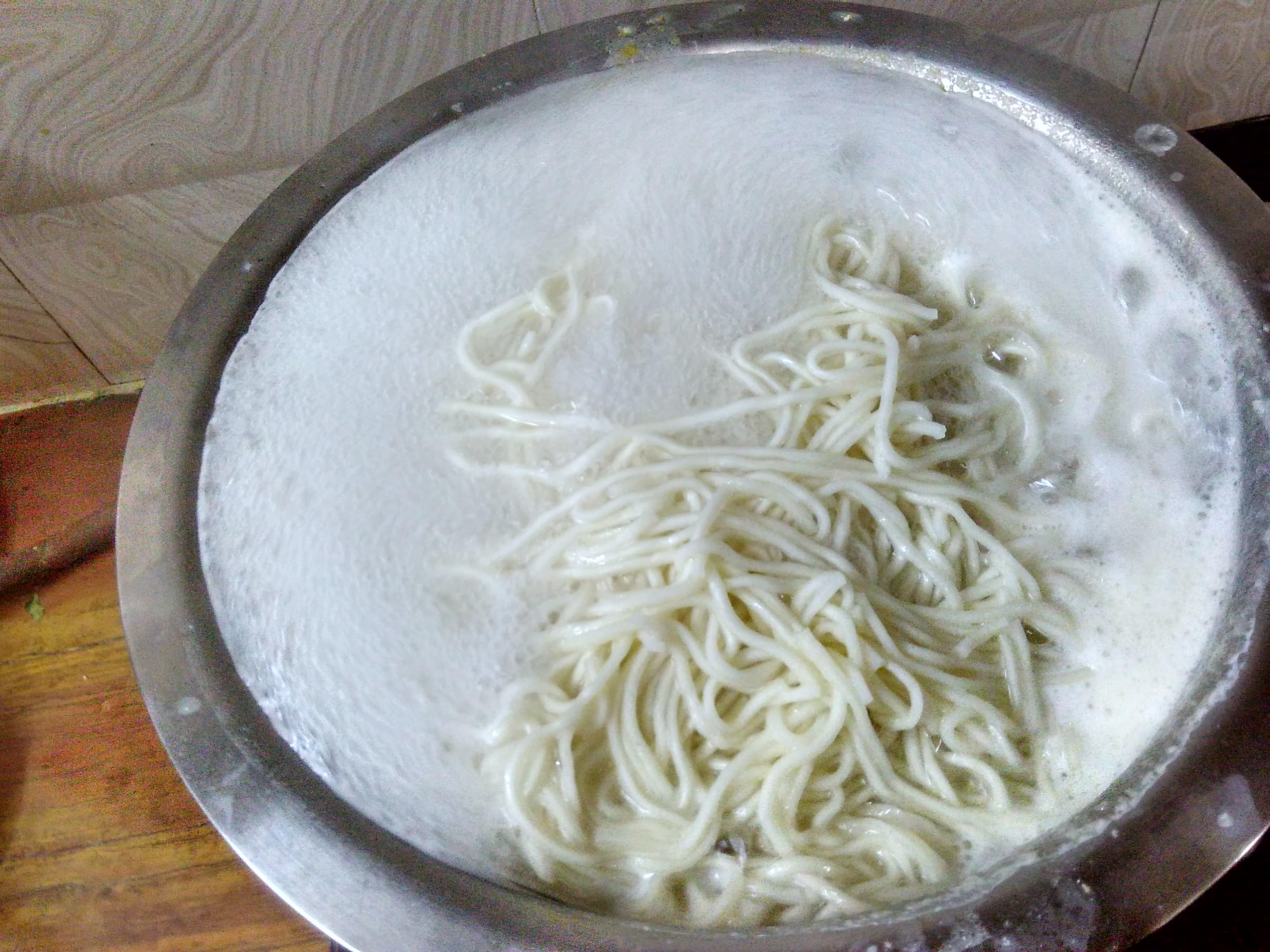 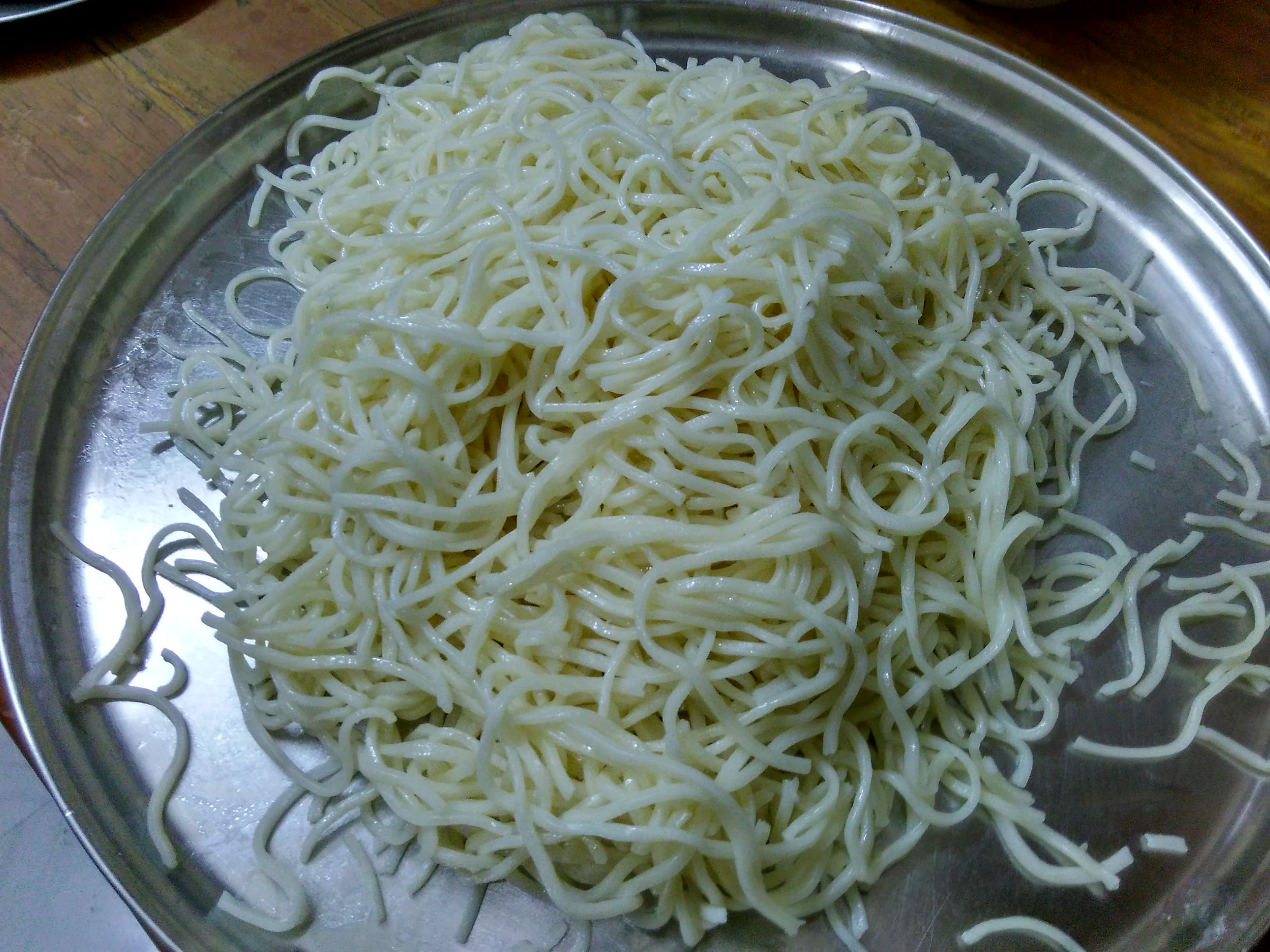 2- Heat a broad vessel and add 2 tbsp oil. Let it heat up
3- Add the minced garlic and give them a quick stir. 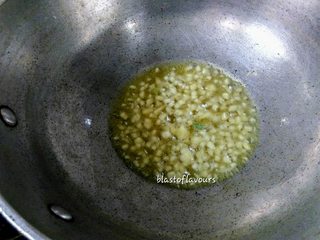 4- Add carrots and capsicum, saute, and then put the cabbage and onions. Fry for a while and put the green onions/leaks to the veggies. Stir and cook for 5-7 mins on high flame. DO NOT BURN THE VEGGIES. 😉 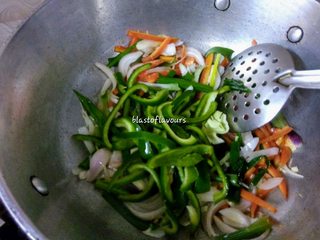 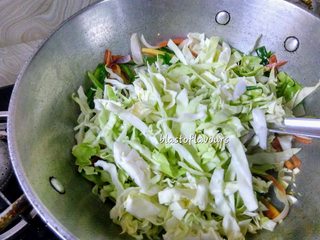 5- Now keep adding soya sauce, and vinegar to the veggies 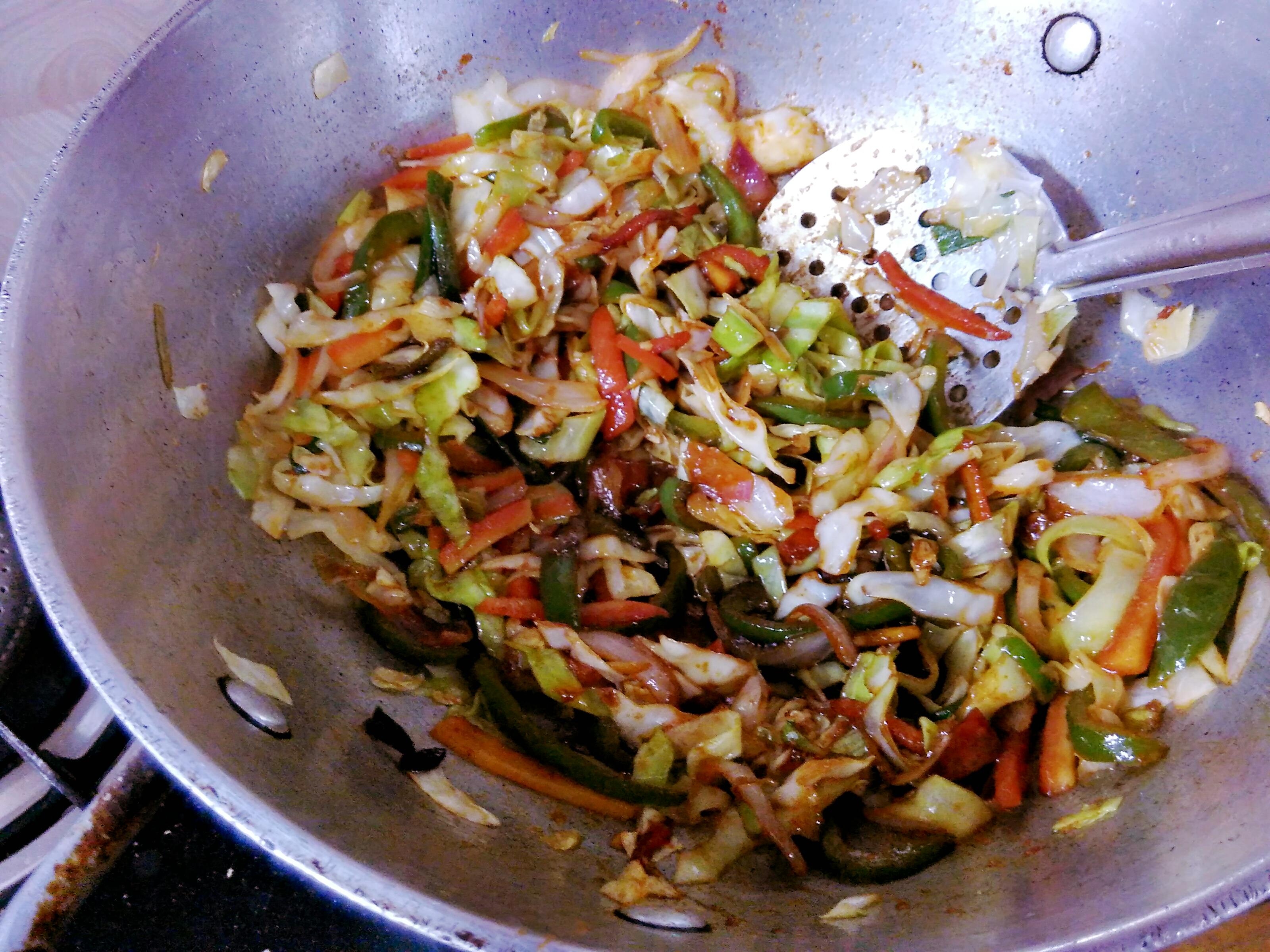 6- Mix the Chinese spice mix (market bought) in 4 tbs of water and add to the pan. Cook for a minute or so. 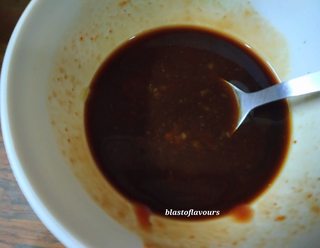 7- Add the boiled noodles and the spice mix to the cooked veggies and stir very well to incorporate all the veggies and masala into the noodles. 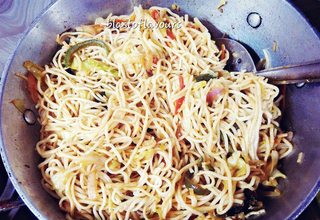 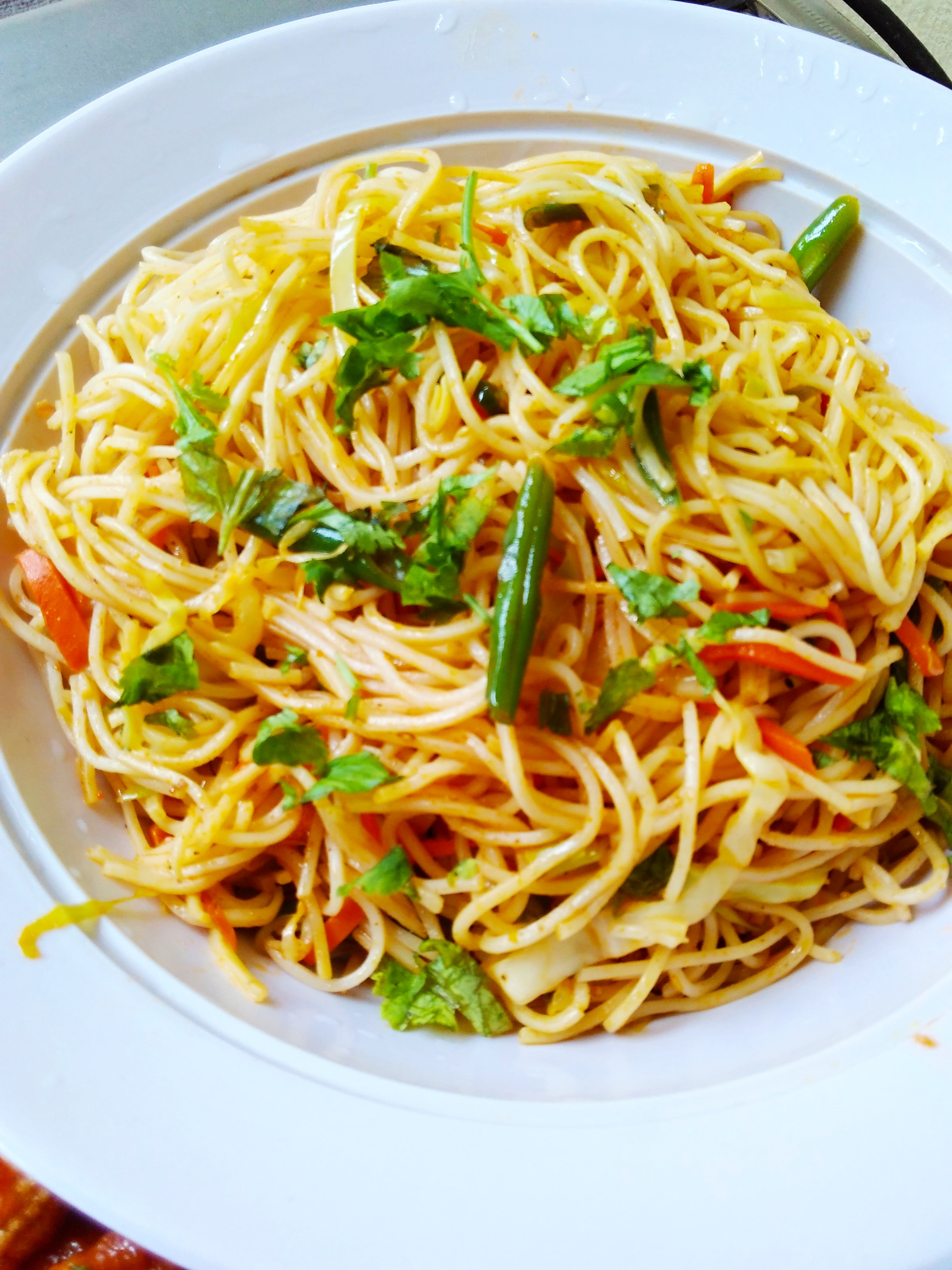 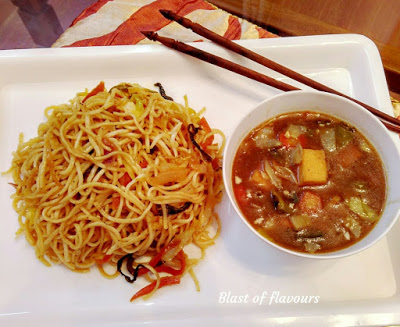 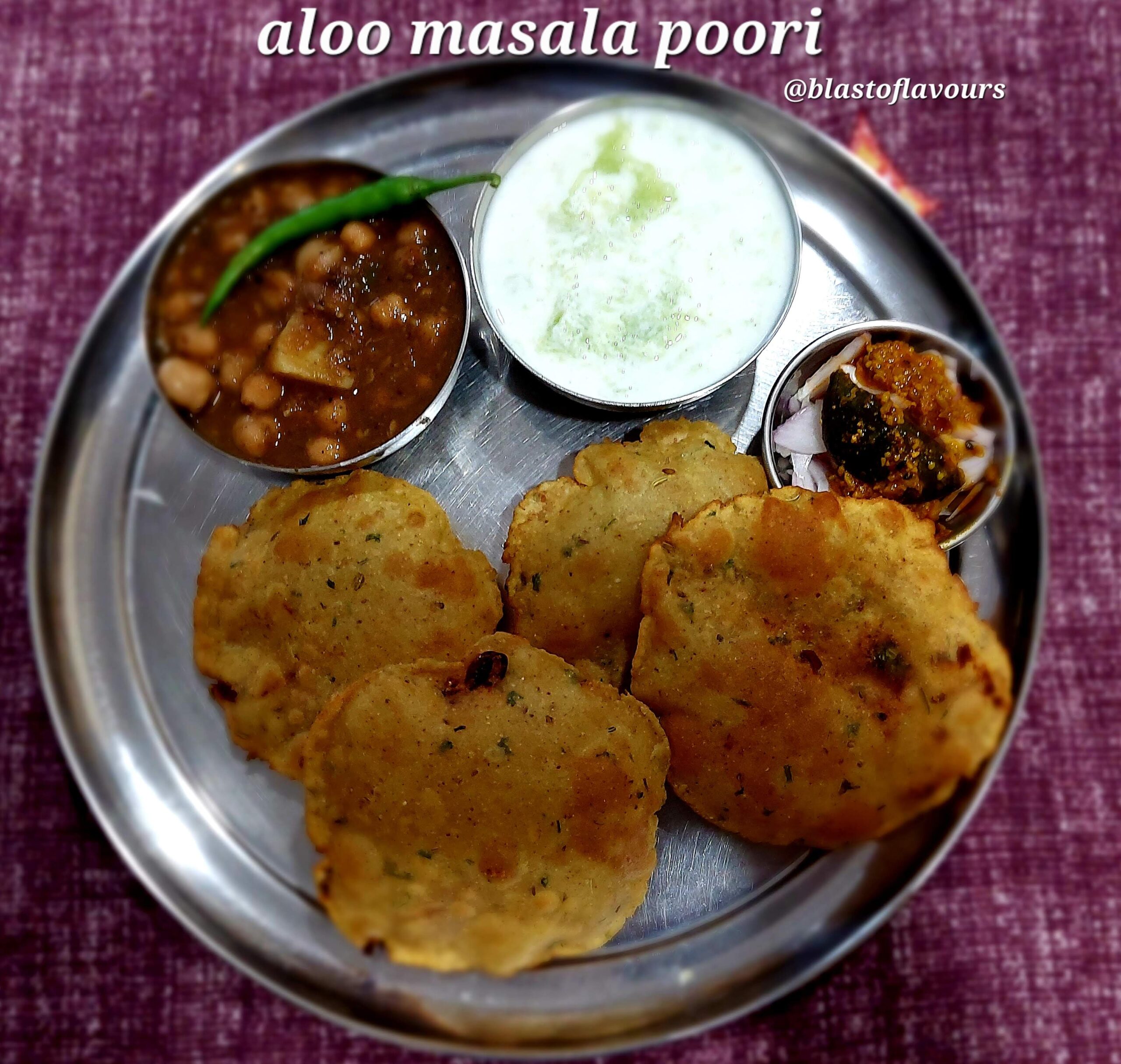 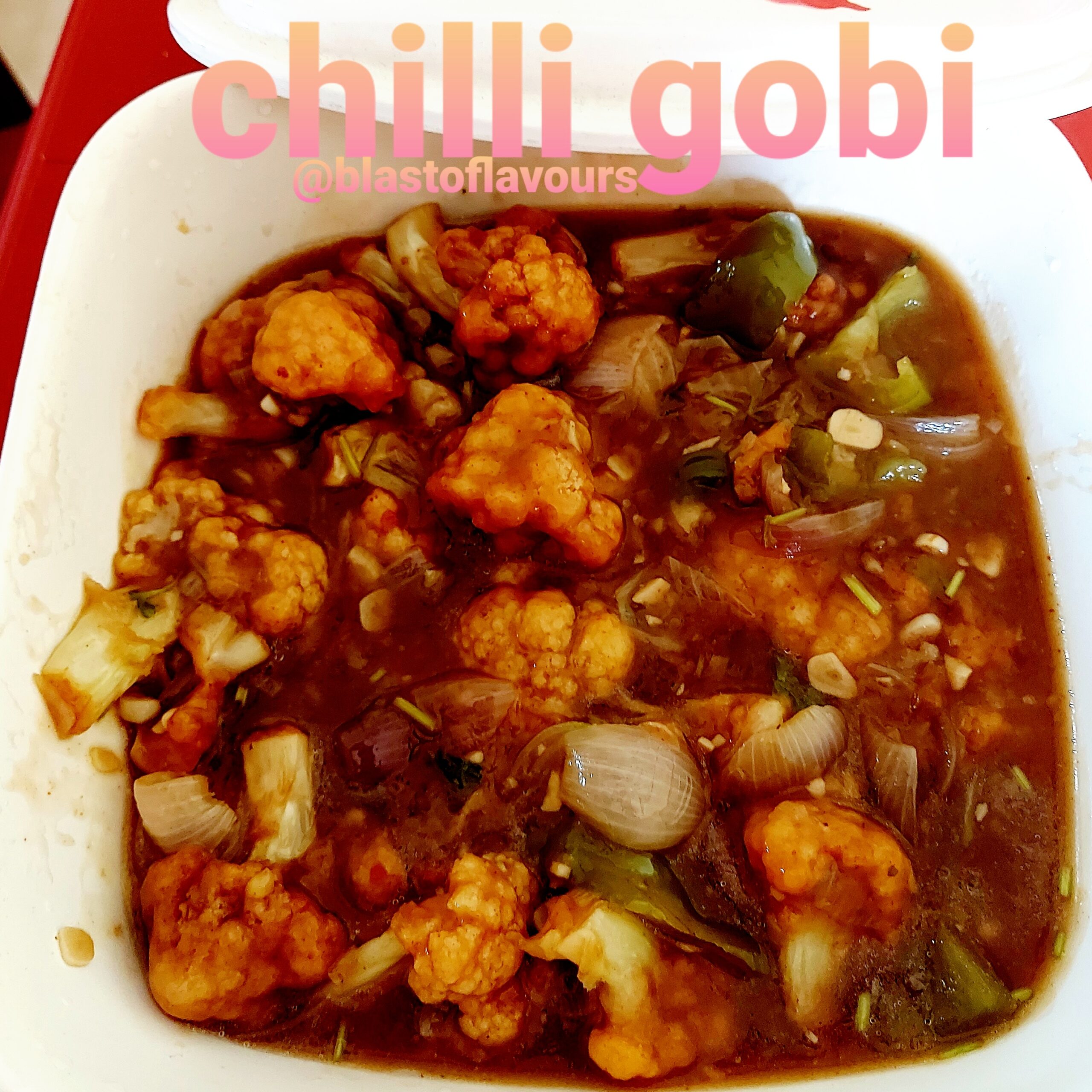 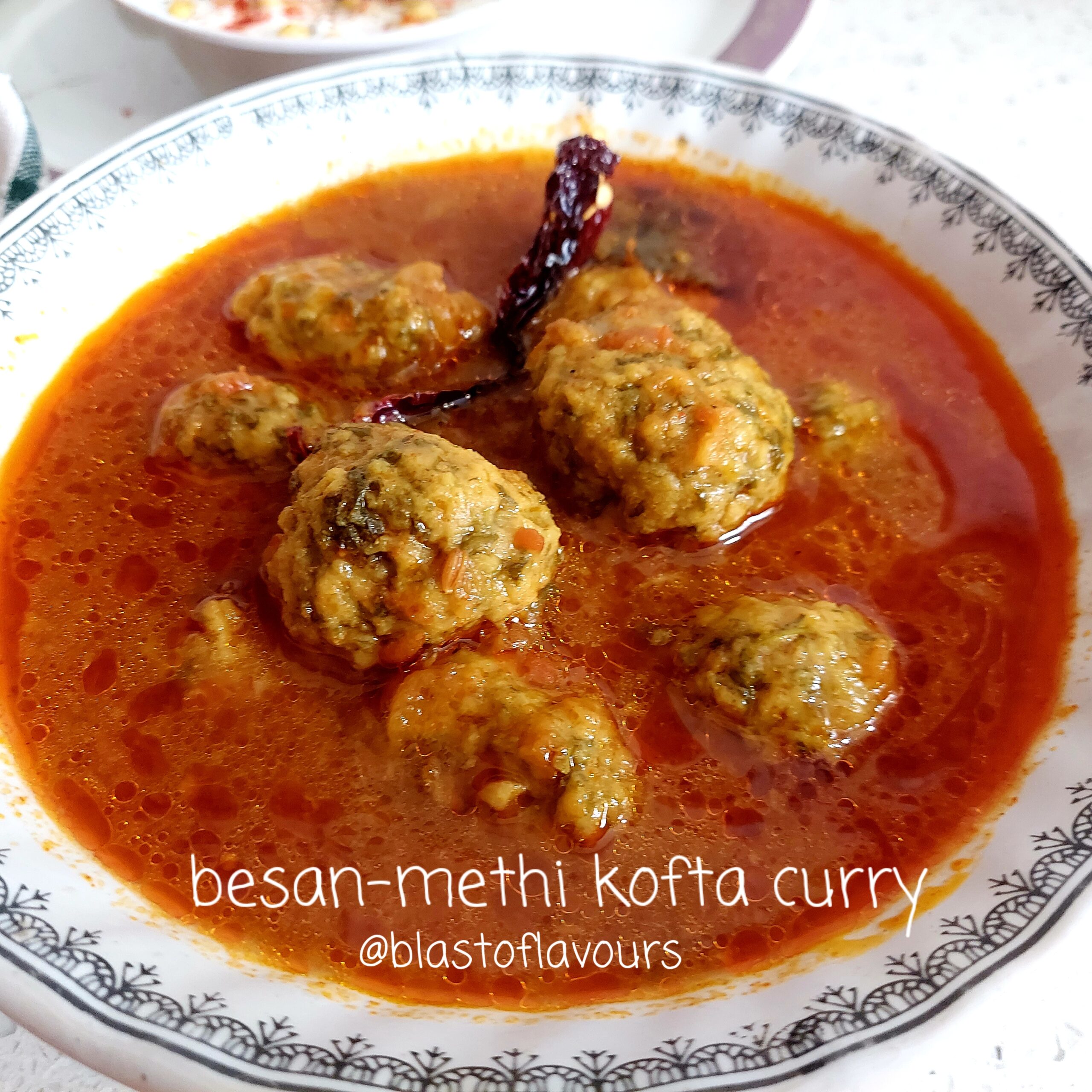